16 passenger minibuses from the inspectorates for emergency situations in Alba, Bacău, Bistrița-Năsăud, Brașov, Cluj, Mureș, Neamț and Sibiu counties arrived at Siret Customs in Suceava County. Nine of them will remain in customs for the transport of Ukrainian citizens to the desired destinations, and three were directed to the mobile camp, which became fully operational, since last night, on Siret Stadium. The other means of transport will provide other missions in the operational dynamics.

Also, for the efficient management of potential support requests, the mobile camp belonging to ISU Constanța will be sent to Tulcea County, to Isaccea customs.

At the same time, 23 military firefighters from the Dâmbovița County Inspectorate for Emergency Situations will travel in order to support their colleagues and authorities from Suceava, with a complete camp module, mobile kitchen and generator.

At this moment, considering the flow registered at the Siret customs in Suceava county, the second mobile camp is being operationalized, which will serve the for accommodation needs of the citizens arriving from the conflict area.

In order to cover the specific missions in the best conditions and to respond efficiently to the requests from the dynamics of the units, in Suceava, Dâmbovița and Tulcea counties the operational capacity was increased, so that the service shifts will be supplemented with the staff who are in their spare time. 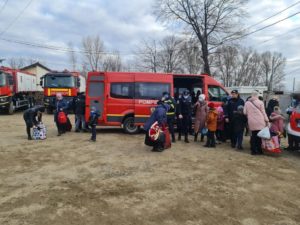 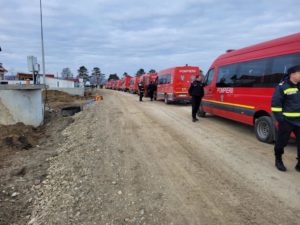 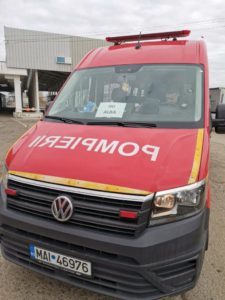