On Tuesday, May 3rd, 2022, at the MIA headquarters, in the presence of the Minister of Internal Affairs, Mr. Lucian Nicolae BODE, the event took place on the occasion of the reception of 12 ambulances for the transport, in intensive care therapy conditions, of newborns who are in critical condition.

The new ambulances, equipped with high-performance equipment and medical equipment, will be part of the Emergency Situations Inspectorate and will contribute to increasing the quality of emergency response missions in the area of ​​neonatology.

During the ceremony, the Minister of Internal Affairs stated: “The 12 transport ambulances for newborns in critical condition, which will be distributed regionally and which are part of IGSU, are a project for life! A project that will help save young lives that need protection and quick interventions.”

At the same time, Minister Nicolae BODE appreciated the efforts made by the emergency response structures to attract significant non-reimbursable external funds, which allowed the modernization of the system on several levels and increased the efficiency of interventions. In this context, the official recalled that only in the last three years, 821 ambulances for ambulance services and 465 for SMURD have entered the endowment structures of medical emergencies, as well as the fact that in the financial framework 2014-2020, at the level of emergency projects, 33 projects worth over 1 billion euros were accessed.

Regarding these projects, the Minister of the Internal Affairs said: “I will support such initiatives, because only in this way will we be able to increase the resilience of the emergency system and our goal of saving as many lives as possible will be fulfilled.”

The 12 trucks, fully equipped, will replace 9 neonatology ambulances that will remain as a reserve at the disposal of the structures for emergency situations. 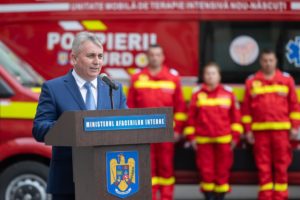 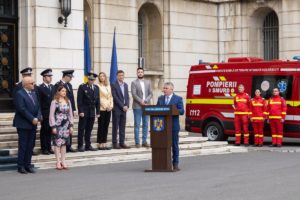 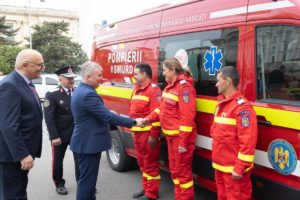 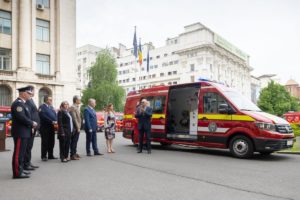 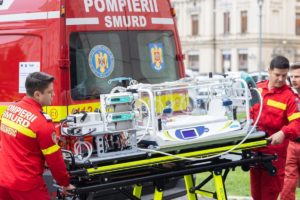