On 31st of May 2022, the General Quaestor of Police, Bogdan DESPESCU, Secretary of State, received Andreas HOLZER, Director of the Federal Bureau of Criminal Investigation (Bundeskriminalamt / BK) in Austria.

The Austrian official representative was accompanied by Mr Dieter CSEFAN, Head of the Organized Crime Department, and Mr Alois ZÖRWEG, Head of Management at BK Austria.

The visit of the BK representative to Romania offers a good opportunity to strengthen cross-border police cooperation and the exchange of good practices at the level of Romanian and Austrian operational structures, in the context of the latest regional developments in security at the eastern border of the European Union.

During the discussions, the two side’s representatives agreed upon the fact that the benchmarks for future cooperation, with a focus on combating cross-border organized crime, illegal migration, trafficking in human beings, trafficking in firearms, cybercrime.

The Austrian Party particularly appreciated the openness of the MIA (Ministry of Internal Affairs) to continue fruitful cooperation on the exchange of data in the fight against security threats. 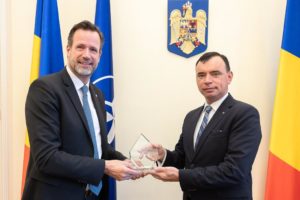 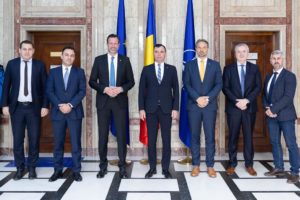