Today, at Victoria Palace, the signing ceremony of the Agreement between the Government of Romania and the Government of Palestine regarding the cooperation in preventing and combating organized crime, terrorism and other crimes took place.

The event took place on the sidelines of the official visit of Palestinian President Mahmoud ABBAS to Romania, between July 18th and 19th, 2022, at the invitation of the President of Romania, Mr. Klaus Iohannis.

The document was signed for the Romanian side by Mr. Raed ARAFAT, Secretary of State in the Ministry of Internal Affairs, and for the Palestinian counter side by the Minister of Foreign Affairs and Expatriates, Mr. Riad MALKI.

This Agreement combats the first treaty concluded by the two parties in the field of internal affairs and aims at preventing and responding to organized crime, terrorism, drug trafficking, money laundering and illegal migration. A topical area covered by the Agreement is the fight against cybercrime.

The signing of this document reaffirms Romania’s commitment to the continuation of Palestinian institution-building projects and will contribute to the expansion of bilateral cooperation in the field of internal affairs. 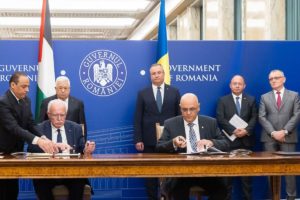 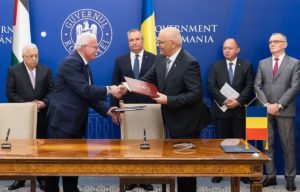 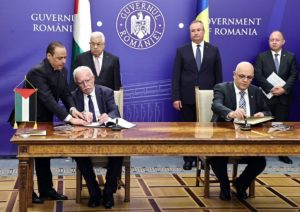