The Minister of Internal Affairs, Lucian Nicolae Bode, attended, on Thursday, July 28th, 2022, 8a ceremony marking the 158th anniversary of the establishment of the Border Police.

Minister Lucian Bode appreciated the activity of the Border Police, especially the efforts of this structure to achieve Romania’s strategic objectives.

„Our country has been fulfilling the conditions for joining the Schengen Area for more than a decade, contributing to Europe’s security to the same extent as the Schengen member states. As you know, the goal of accession is an extremely important one for me, for the Ministry of Internal Affairs, for the Government of Romania, for the President of Romania, Mr. Klaus Iohannis. I am convinced that this is fully understood and assumed at the level of every structure of the Ministry of Internal Affairs involved in this process, but also at the level of other state actors with responsibilities on this strategic file for Romania „,  the Minister of Internal Affairs emphasized.

At the same time, he insisted upon the need to maintain the material endowments of the Border Police at standards adequate to the current challenges, in which sense he appreciated the successful use of European funds.

In addition, the Minister of Internal Affairs called for an emphasis on activities aimed at combating and preventing tax evasion and smuggling, as serious facts that weaken the state.

Referring to the role of the Romanian Border Police in the current geopolitical context, implicitly to the conflict in Ukraine, Minister Lucian Bode recalled the importance of securing national and European Union borders, but also the need to offer support to refugees: „A whole Europe has witnessed this huge effort and saw the professionalism and involvement of the Romanian border police. Not only did they fulfill their duties without reproach, but they gave a lesson of humanity through the care shown and the support given to those who were fleeing the path of war, especially to the vulnerable categories: women, children, the elderly.”

On the occasion of Border Police Day, the titles „Border Policeman of the Year”, for officers and agents, were awarded to some policemen who achieved special results.

„Those awarded today represent only a symbolic part of the employees of the Border Police who distinguished themselves in their work. They are representative and I am convinced that their example is a motivation for many other employees within your structure to perform in their day-to-day work”, said Lucian Bode.

The event was also attended by representatives of the structures of the Ministry of Internal Affairs, as well as of the institutions with which the Border Police collaborates in specific fields. 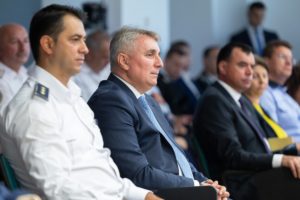 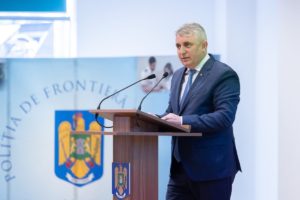 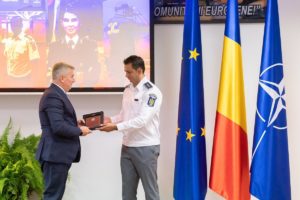 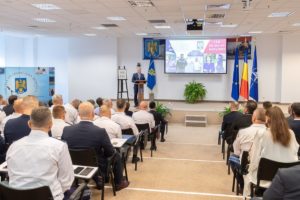 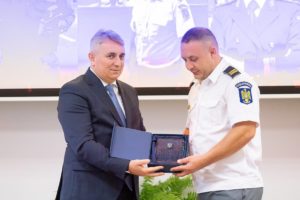 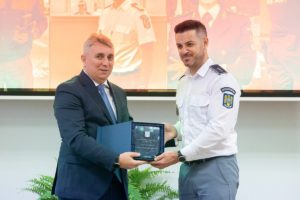