The purpose of the visit was to discuss about the developments generated by the conflict in Ukraine, as well as the measures considered by the Romanian authorities to manage the situation at the EU’s external borders and a possible massive influx of displaced people from the conflict zone.

During the discussions, the Minister of Internal Affairs, Mr Lucian Bode, welcomed the measures taken by the European Commission in the context of the situation in Ukraine and the Commission’s involvement in relations with the Member States, as well as the sanctions imposed by the Russian Federation Commission. At the same time, the situation regarding the flows of Ukrainian citizens, the submitted asylum applications, as well as the measures taken by Romania on the level of civil protection for the management of the border situation were analyzed.

Together with the Minister of Internal Affairs, Lucian Bode, Commissioner Johansson paid a field visit to the Siret border crossing point and the mobile camp located in the area, and later attended a working meeting at the IGPF headquarters and visited the Center Operational Coordination of the General Inspectorate of Border Police. On this occasion, Commissioner Johansson particularly appreciated the very good level of mobilization of the Romanian authorities in managing the challenges at the border and in providing humanitarian assistance to those in need.

„I welcome the presence in Romania of Ylva Johansson, Commissioner for Home Affairs of the European Commission. I am pleased to note that in the face of the challenges, Romania is not alone and we benefit from the full support of our European partners, a fact confirmed today by the presence of Commissioner Johansson. I would like to thank her for her visit to Romania, a gesture of solidarity with our country at this time. She is a friend of Romania who unconditionally supports Romania’s country projects „, said the Minister of Internal Affairs, Mr. Lucian Bode.

At the same time, the ways in which our country provides support to the citizens of other states that were evacuated from Ukraine through Romania towards the destination states were highlighted, as well as the response offered to requests for support from Ukrainian partners, including through the Union Civil Protection Mechanism.

Last but not least, during the discussions, the Minister of Internal Affairs, Mr. Lucian Bode, highlighted the admirable reaction of the civil society participating in the joint effort to help the Ukrainian citizens and thanked all those involved. 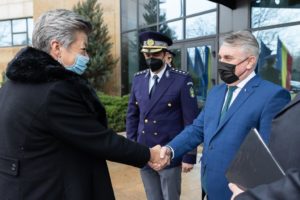 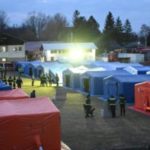 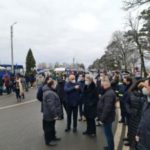