The meeting of the Minister of Internal Affairs, Lucian BODE, with his counterpart from North Macedonia, Oliver SPASOVSKI

On the agenda of the discussion there were topics related to joint access to non-refundable European funds for projects aimed at combating hybrid threats and cross-border crime, combating illegal migration on the Western Balkans route, cooperation in the field of emergency situations, with an emphasis on preventing and extinguishing fires forest, as well as for the effective management of the consequences of Russian aggression in Ukraine.

Since Romania currently holds the Presidency of the Salzburg Forum, and in 2023 it will take over the Presidency of the Police Cooperation Convention for South-Eastern Europe (PCC SEE) for a period of 6 months, and North Macedonia will hold the presidency of the Organization for Security and Cooperation in Europe in 2023 ( OSCE), the two ministers agreed to maintain an intensified dialogue both at the technical and political level in order to coordinate the planned actions in a multilateral format.

At the end of the meeting, Mr. Lucian Nicolae BODE reiterated Romania’s firm and constant support for the European path of the partner state, considering that North Macedonia’s accession to the European Union can bring security and economic benefits for the entire region.

At the end of the discussions, there was the signing ceremony of an Intergovernmental Agreement that will contribute to the expansion of joint activities in the field of internal control and the fight against corruption, as well as a Memorandum of Understanding in the field of professional training, which will allow the transfer of expertise for the benefit of partners from Skopje, in order to align with EU standards.

The meeting between the two ministers demonstrates the continuing involvement of our country in supporting the partners in the Western Balkans, but also the desire of the partners to make progress as a candidate state for EU accession, in a complicated context, in which the general attention is particularly focused on the situation in Ukraine. 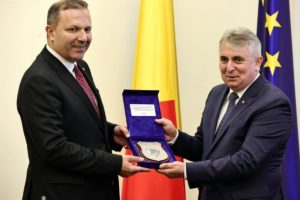 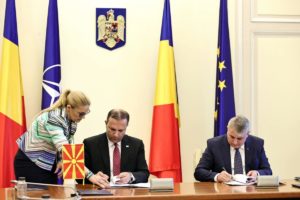 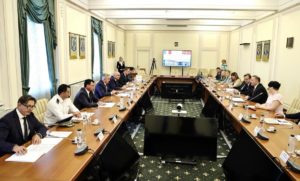 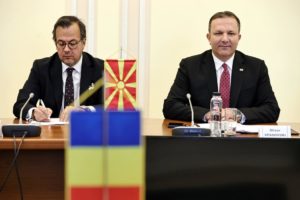 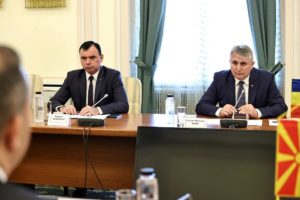 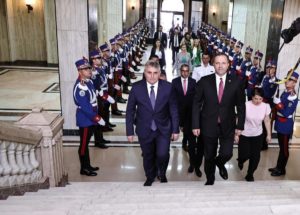