The Ministry of Internal Affairs will chair the Presidency of Justice and Home Affairs Council. It will participate in the national coordination of all the activities during the preparation and exercise the PRES and will ensure the public order and security measures for all activities carried out in Romania in this context.

Thus, through its representatives, the Ministry of Internal Affairs will ensure the drafting and implementation of PRES Program, will guide the EU legislative process, will prepare, conduct or finalize, as the case may be, European files, conclusions and working documents of the Council or of the Presidency, will represent the European Union Council and will negotiate with the European Parliament and the European Commission, will organize Council meetings and other bilateral and multilateral meetings.

At the Ministry of Internal Affairs level, preparations for the organization of PRES started at the beginning of 2016.

In this respect, a series of programmatic documents were drafted and approved, on the basis of which specific activities were initiated in order to organize the PRES.

Also, the Coordination Committee of the preparations of the Ministry of Internal Affairs to exercise the Presidency of the EU Council was established, consisting of all the MIA structures, with responsibilities in the field.

A successful Presidency depends to a large extent on the people who will contribute to the goals set. In this respect, the Ministry of Internal Affairs representatives who, during the PRES, will hold the functions of presidents, vice-presidents of working groups and their reserves, file-coordinators and experts, communicators and experts responsible for organizing PRES, were established. For all these categories of personnel involved in organizing and running the PRES,   centralized training programs took place.

Also, the priorities and dossiers in the field of home affairs, as well as the events that will be organized in Romania during the Presidency of the EU Council were established.

Particular attention was paid to the discussions with the trio partners, as well as with the representatives of the General Secretariat of the Council, with whom the Ministry of Internal Affairs representatives had a series of working meetings, that will continue during this year.

The organization of the Presidency will be a continuous and intense effort. In this respect, the Ministry of Internal Affairs aims to ensure an efficient and professional PRES, in its areas of competence.

During the presidency of the Justice and Internal Affairs Council – the Internal Affairs section, the Ministry of Internal Affairs has successfully fulfilled its objectives set by the Romanian Presidency’s Program at the EU Council, succeeding in closing seven legislative files and making progress in negotiating other important legislative and non- legislative ones, as well as the Multi-Annual Financial Framework 2021-2027.

Between the 19th and 21st of June 2019, the Romanian Police organized the meeting of SIRENE Office Heads. The event took place in the context our country holding the Presidency of the European Union’s Council. 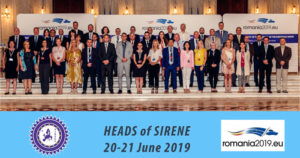 On Wednesday, June 19, the EU-US meeting took place at the Palace of Parliament at ministerial level in the fields of justice and internal affairs in the context of Romania’s holding of the Council of the European Union’ presidency. 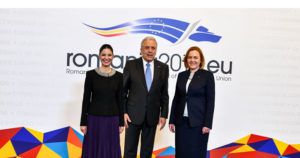 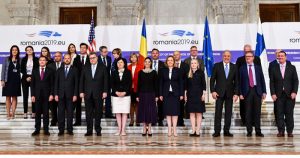 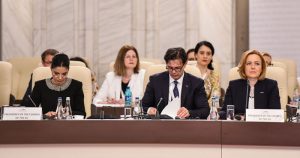 On Tuesday, June 18, the Internal Affairs Minister, Carmen Dan, had a meeting, at the MAI headquarters, with the Interim Deputy Secretary for US Homeland Security Department, David Pekoske. 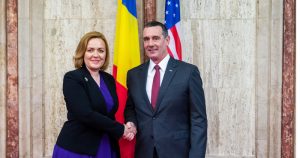 June 10-11, 2019 – Discussions regarding the management of the migration phenomenon at the national and regional level within the meeting of the representatives from the member countries in the Prague Process June 5, 2019 – Minister of Internal Affairs, Carmen Dan, attends on June the 6-7, 2019 the meetings organized under the context of the Romanian Presidency of the European Union Council in Brussels and Luxembourg

May 22, 2019 – The professional training of the law enforcement personnel is a priority at Member States’ level, which is working for this objective through the European Union Law Enforcement Preparations Agency (CEPOL) In the context of the Sibiu Summit, the Inter-Ministerial Committee for Security “ROMANIA-EU 2019” was set up at the level of the leaders of the institutions of the National Defense System, Public Order and National Security – MApN, MIA, SRI, SIE, STS and SPP.

March 14, 2019 – Informal meeting of the Strategic Committee for Immigration, Border and Asylum (SCIFA) and the Standing Committee for Operational Cooperation on Internal Security (COSI)

High Level Experts from the Member States, representatives of the European Commission and European agencies Europol, Eurojust, Frontex, CEPOL, European Institute for Equal Opportunities for Women and Men (EIGE) met in Bucharest to discuss specific ways and unity aimed at the safety of citizens in the European Union without the restriction of the right to free movement, as well as for the fight against large groups of organized crime and those specialized in various crimes. 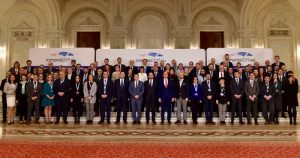 March 7, 2019 – Minister of Internal Affairs, Carmen Dan, is heading today in Brussels the first formal meeting of the JAI Council within the Romanian Presidency

During the internal affairs session of the meeting there are discussed issues related to migration, the fight against terrorism and the good organization of elections for the European Parliament.

February 28, 2019 – RO PRES 2019: Joint meeting of senior EU and USA officials in the domains of internal affairs and justice

In the context of Romania’s holding of the presidency of the Council of the European Union, on Thursday, February the 28th, at the Palace of Parliament, the meeting took place in the form of senior EU-USA officials, whose main objective is the exchange of opinions about relevant issues in the justice and internal affairs. In the context of the informal meeting of the EU Justice and Internal Affairs Council in Bucharest, the Ministry of Internal Affairs organized a visit of foreign representatives to the Command and Control Center of the General Inspectorate of the Border Police, on Friday, February 8.

08 02 2019 Visit at the Operational Center for Border Police February 6-8, 2019 – Who is Who – Informal Meeting of Justice and Home Affairs Ministers

Who is who JHA February 6-8